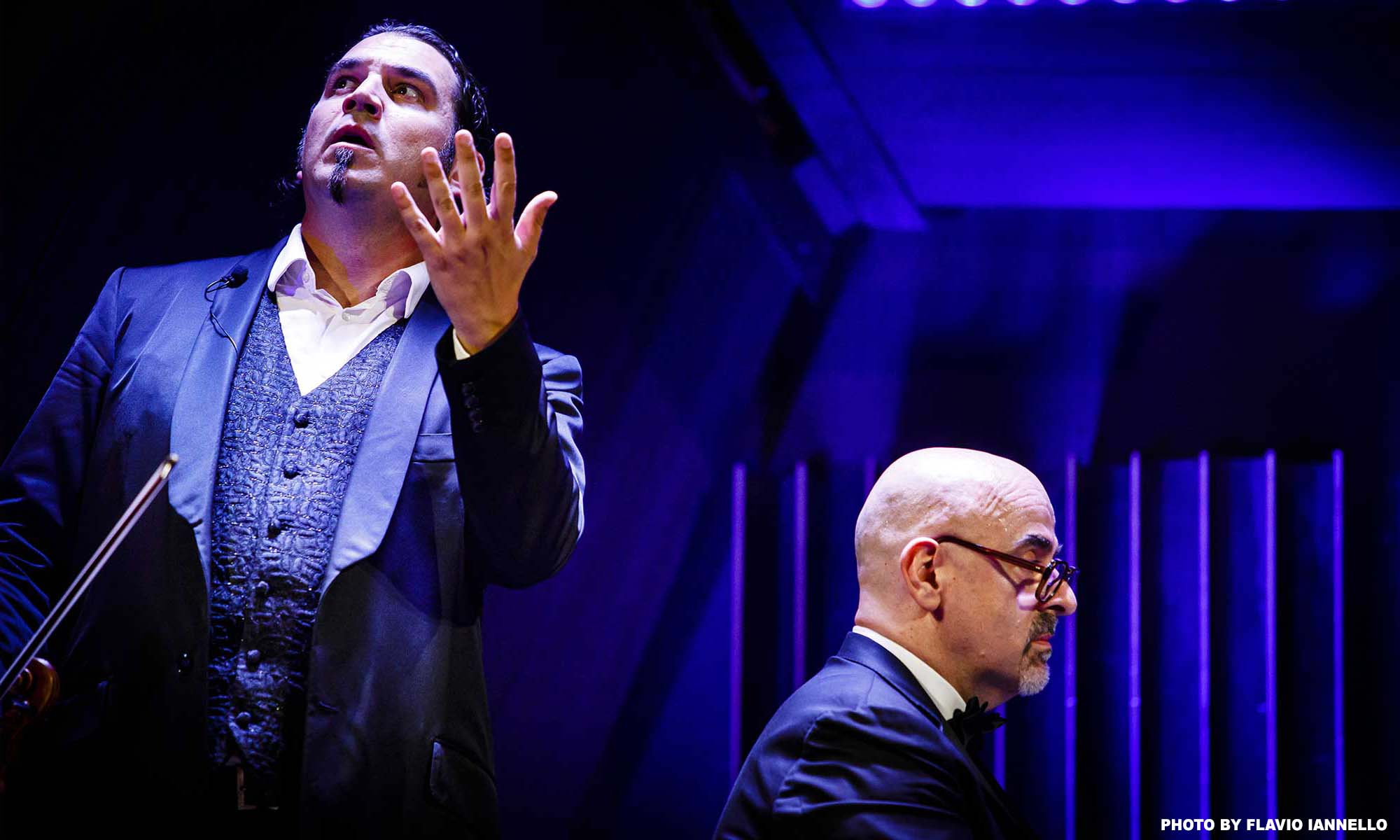 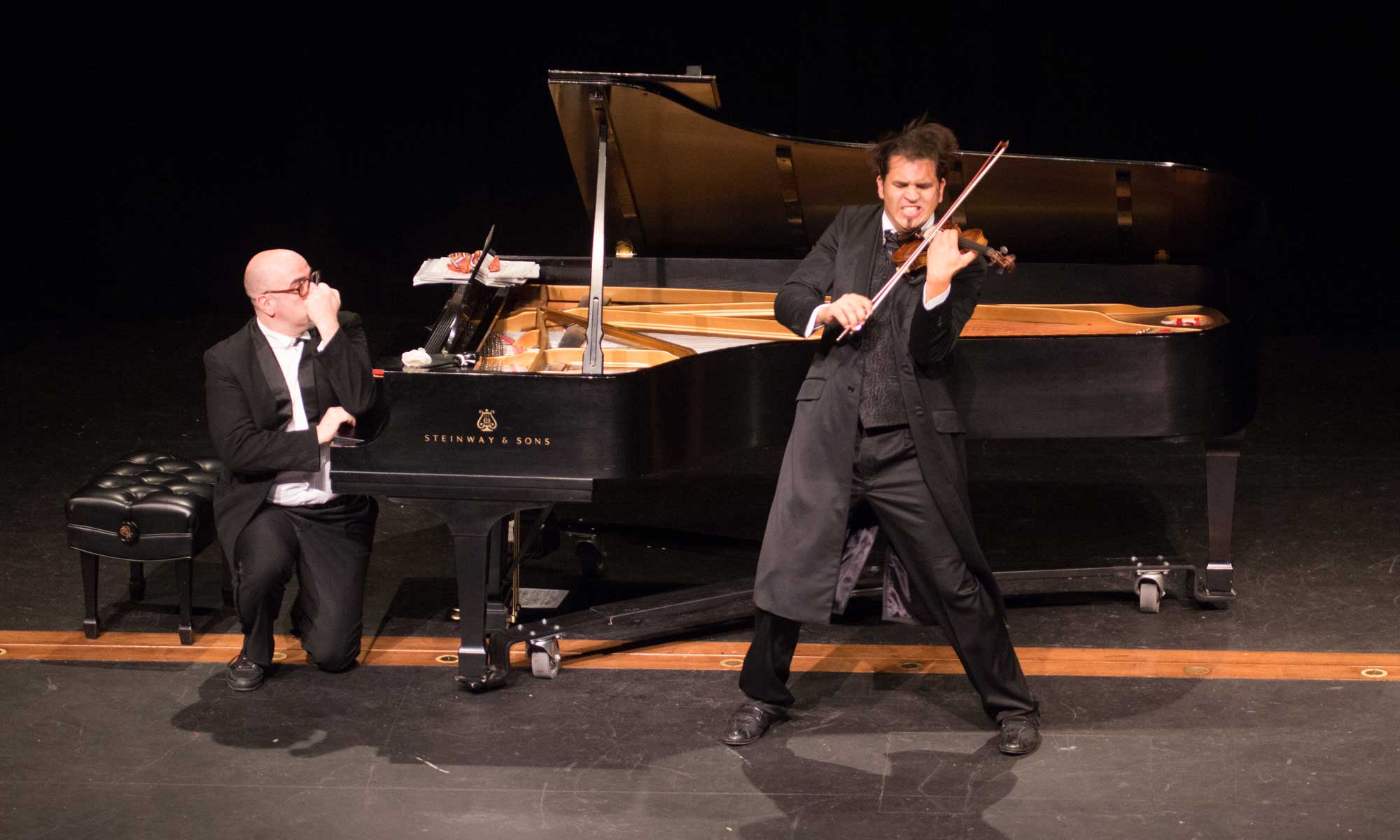 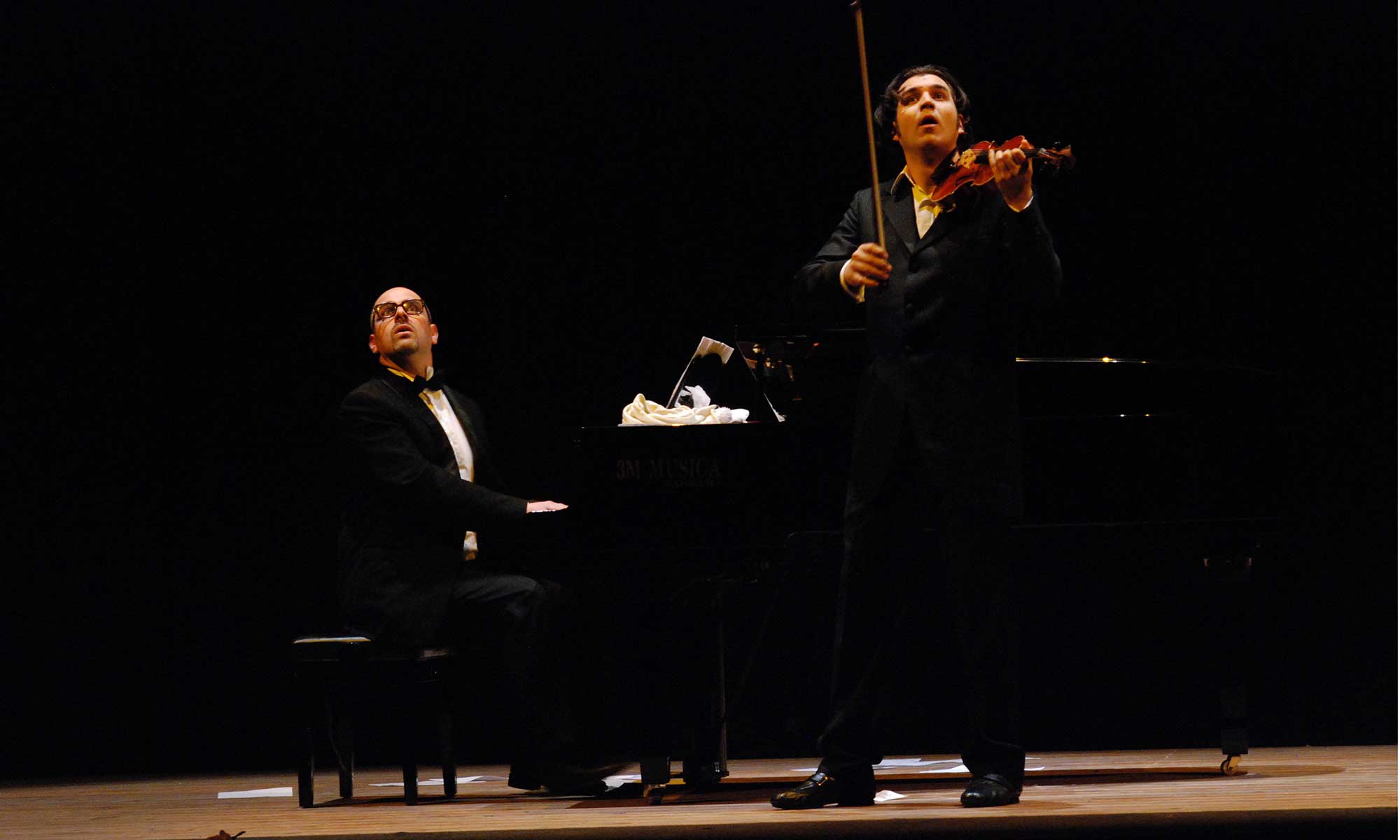 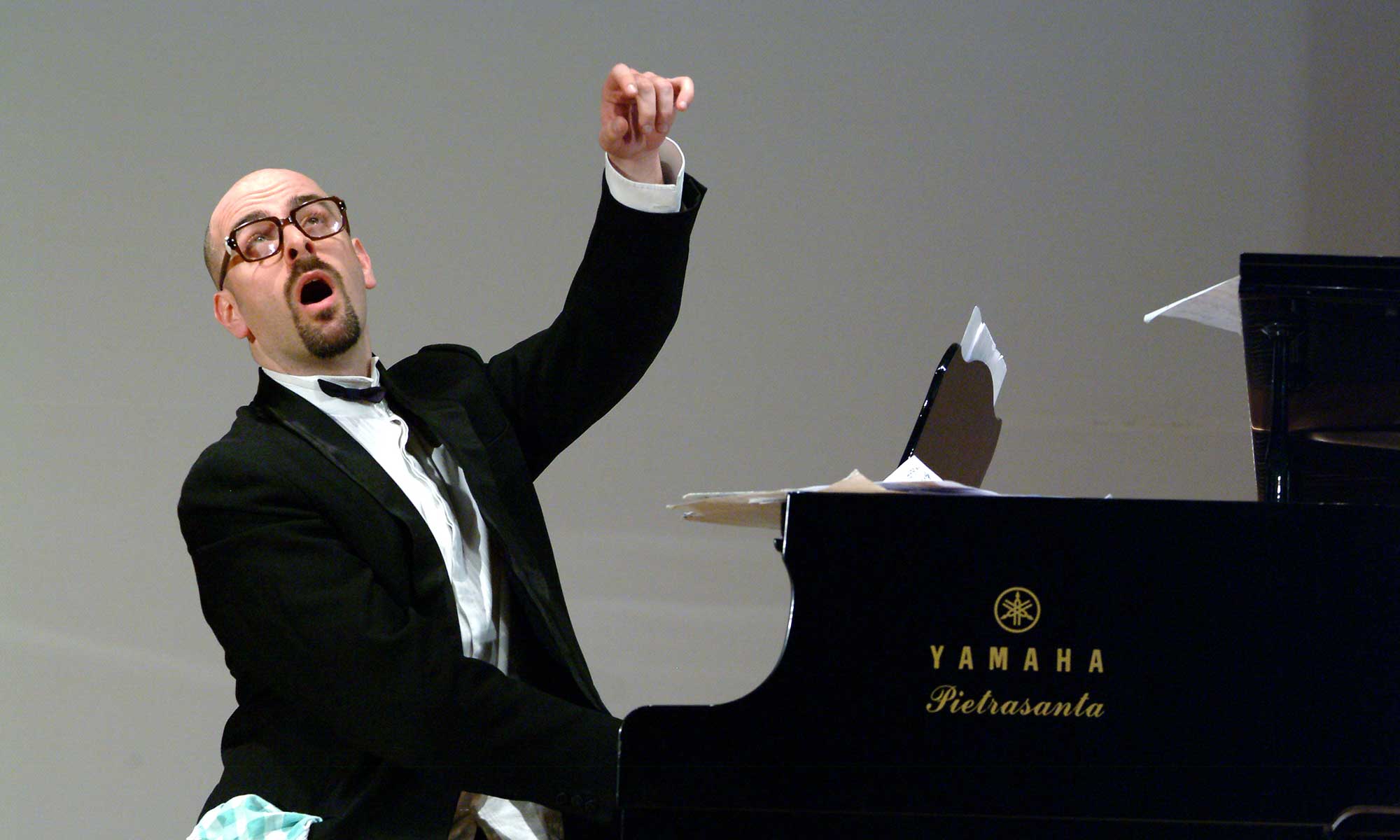 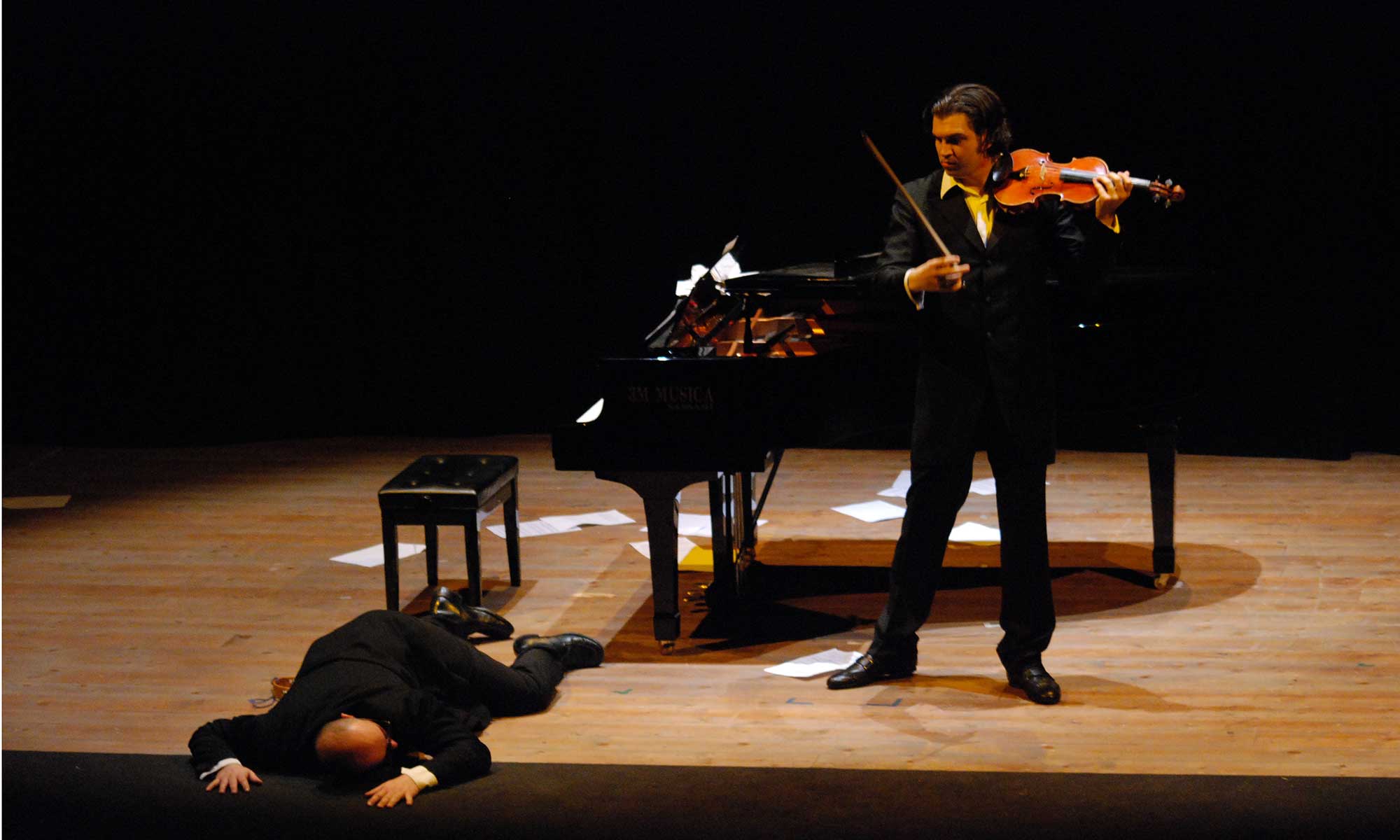 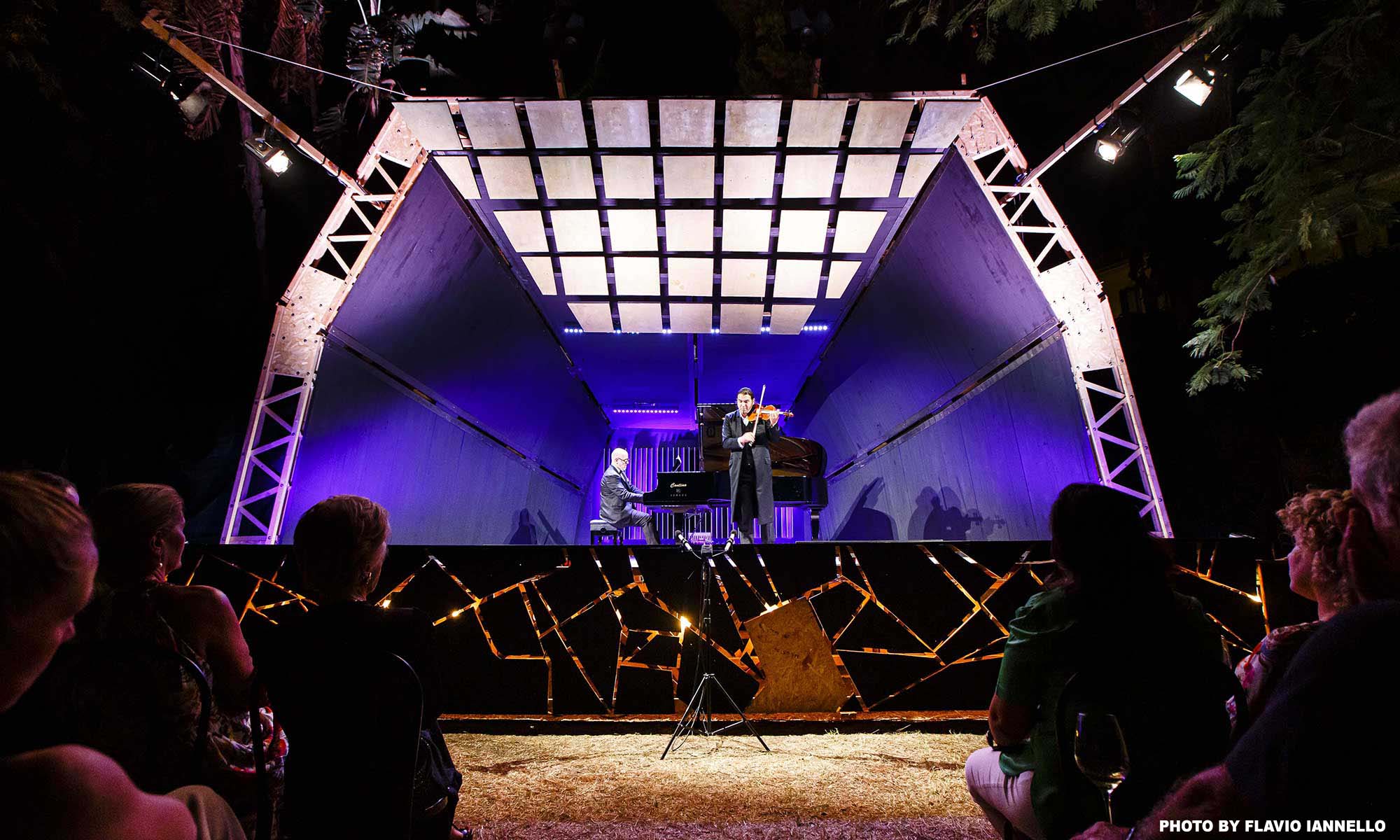 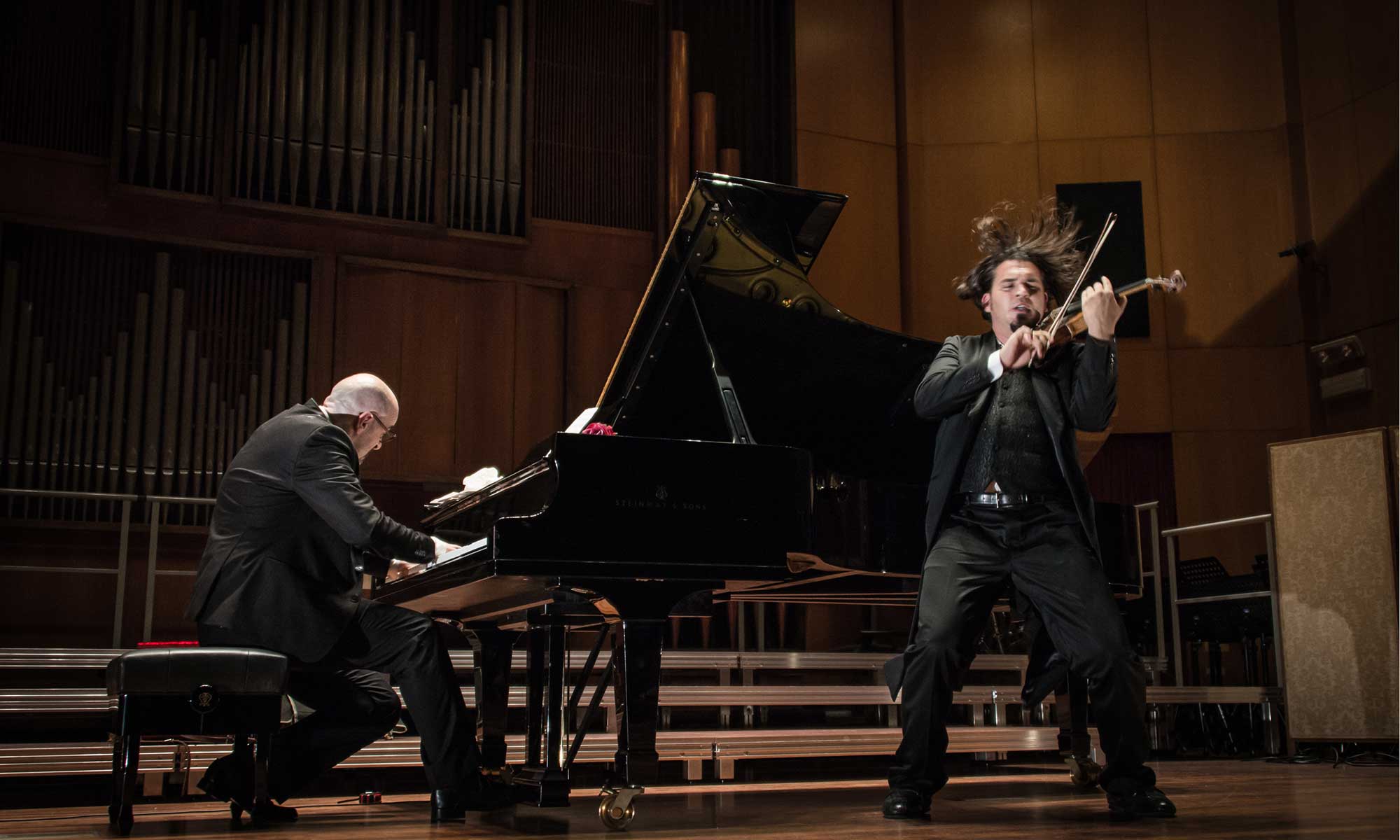 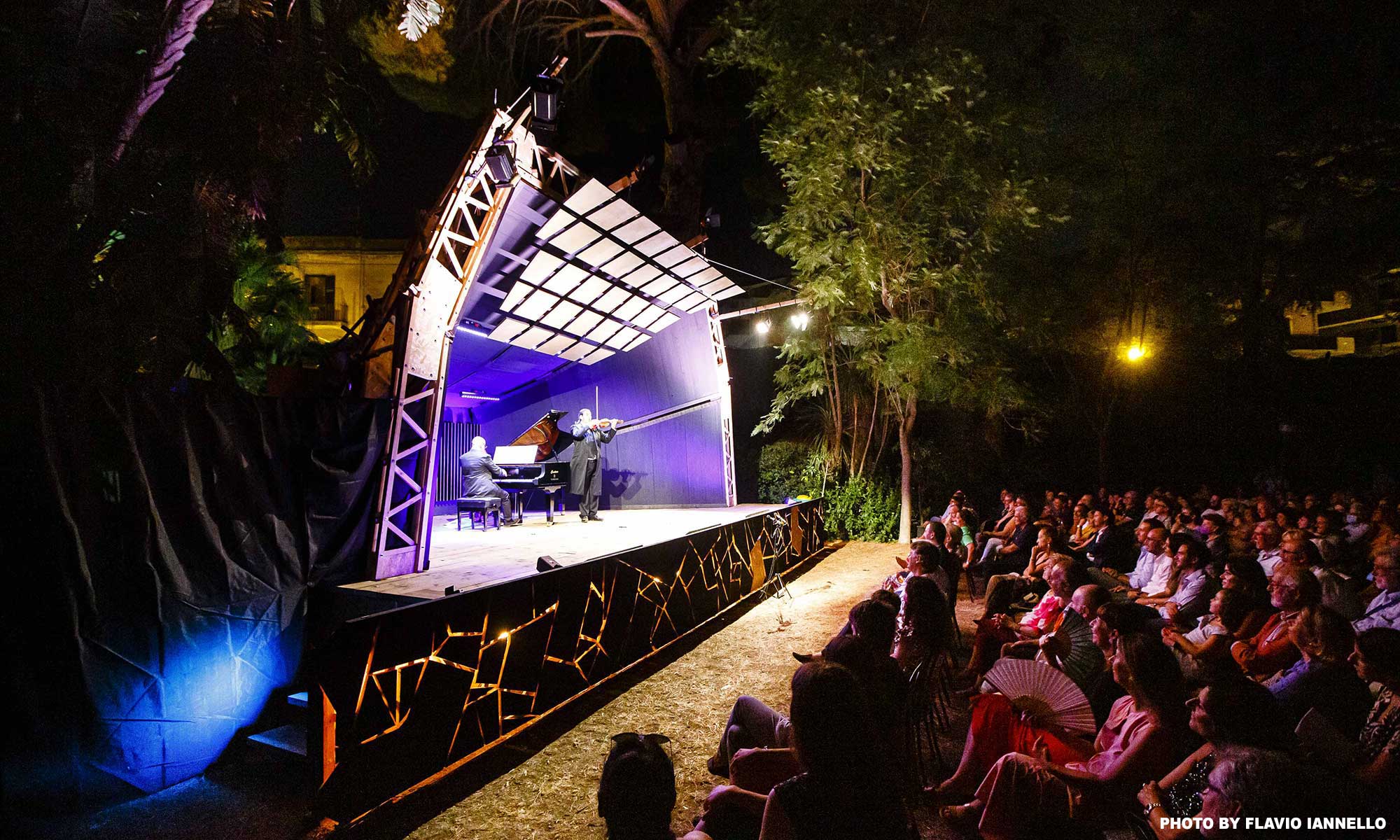 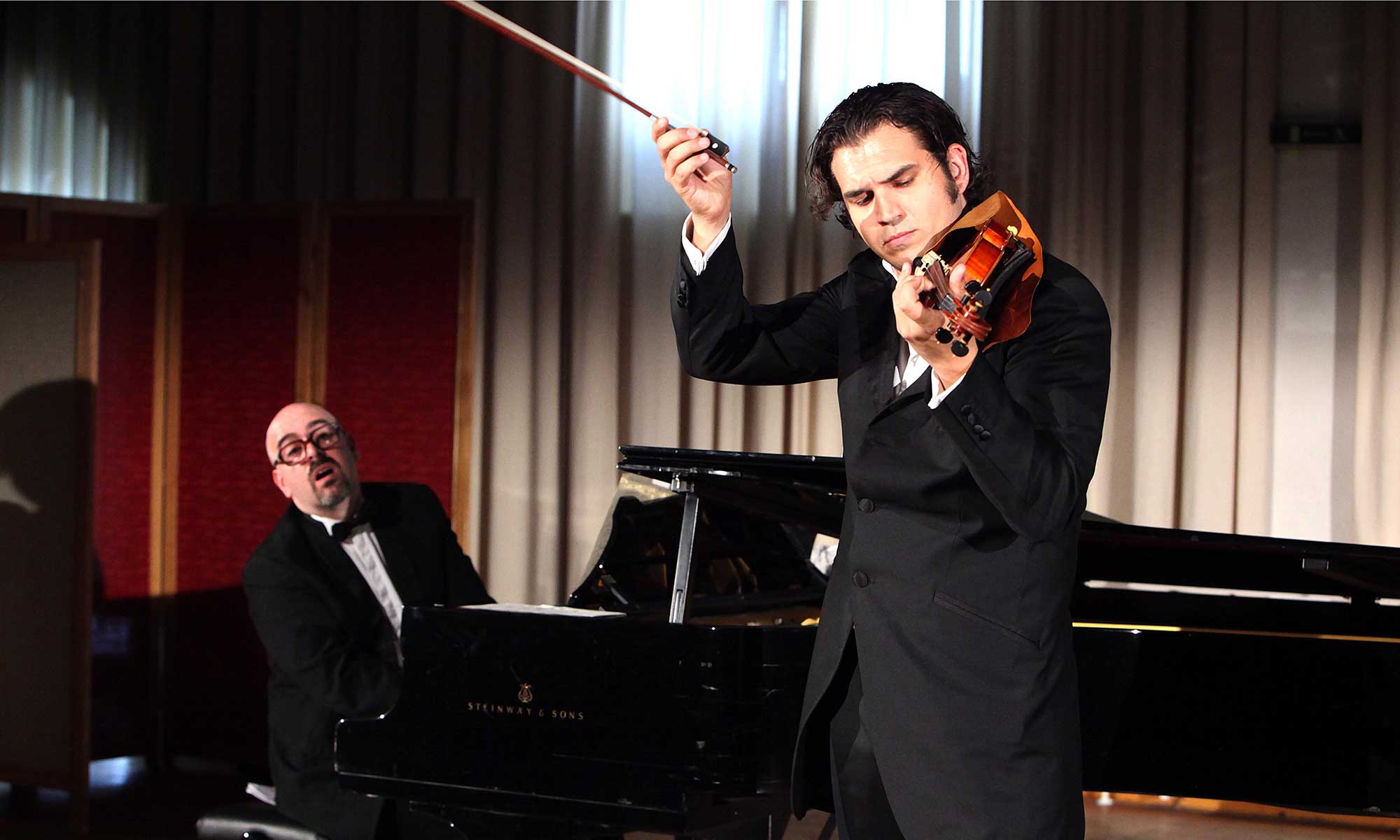 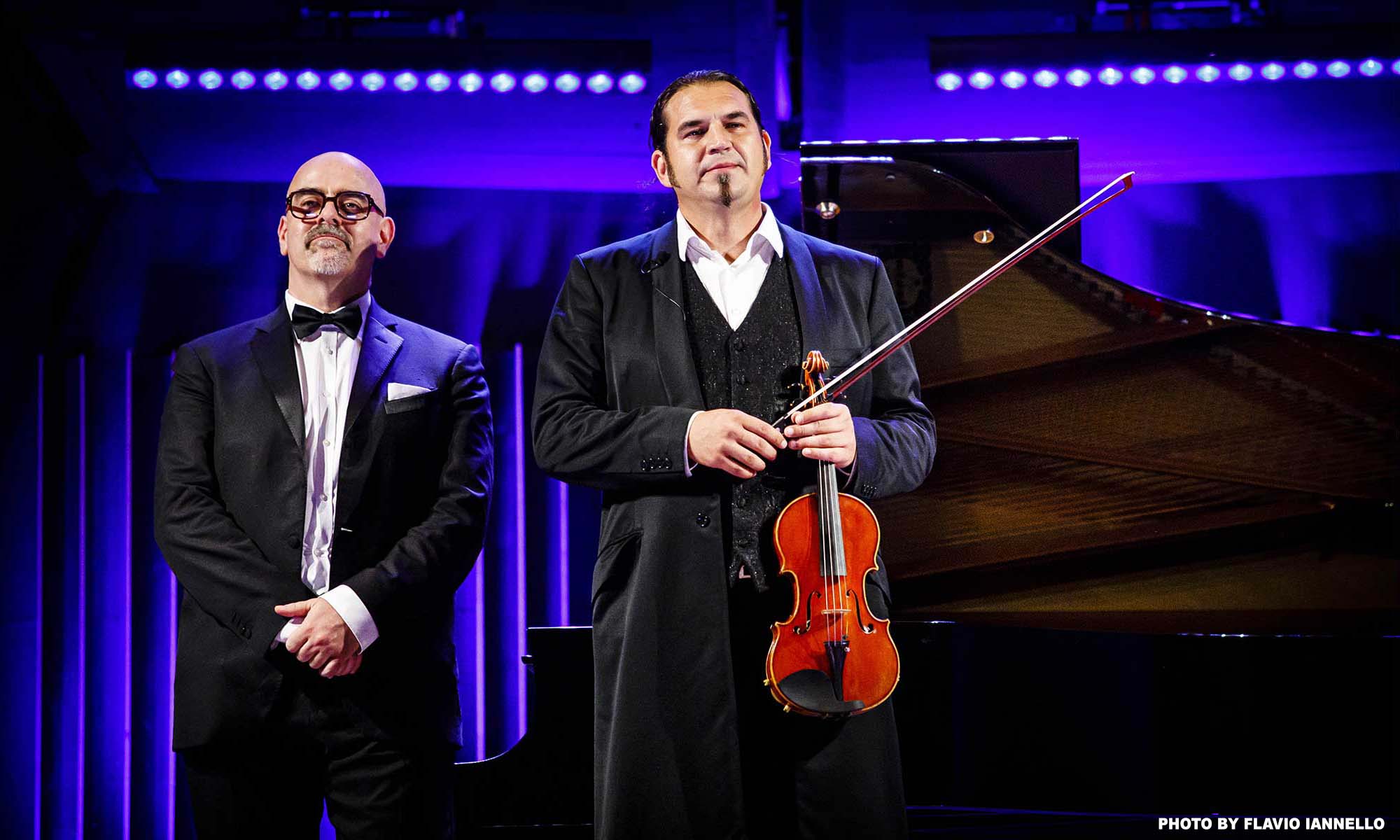 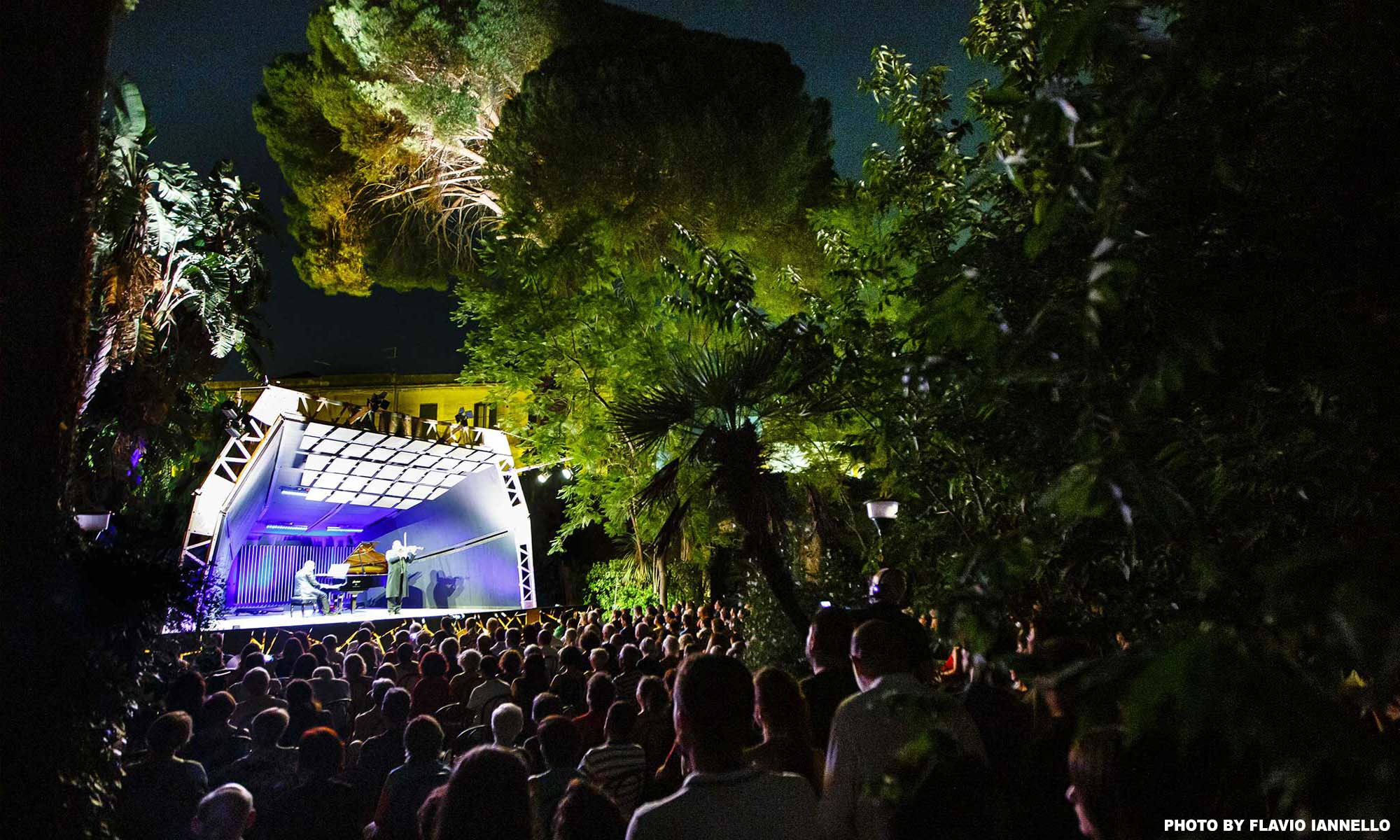 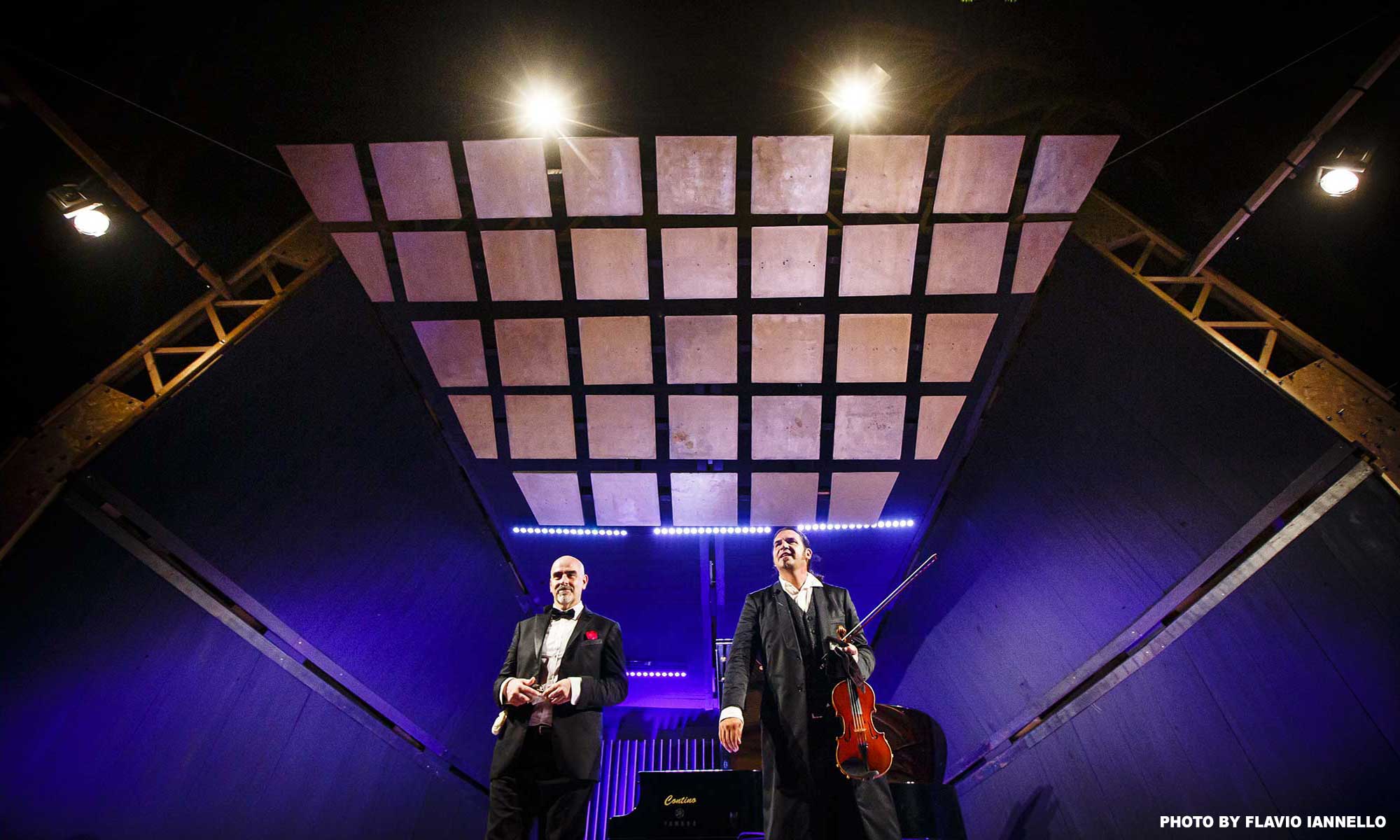 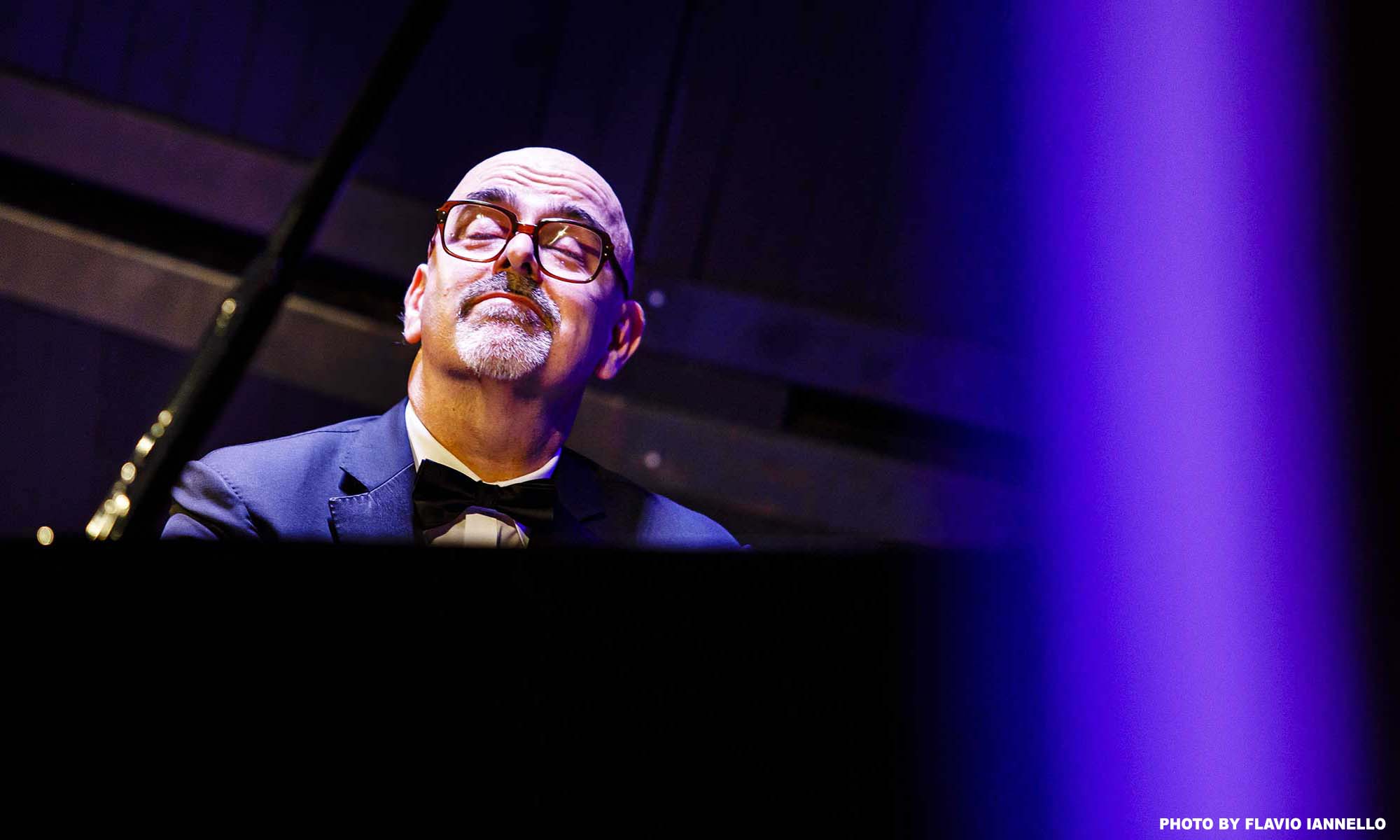 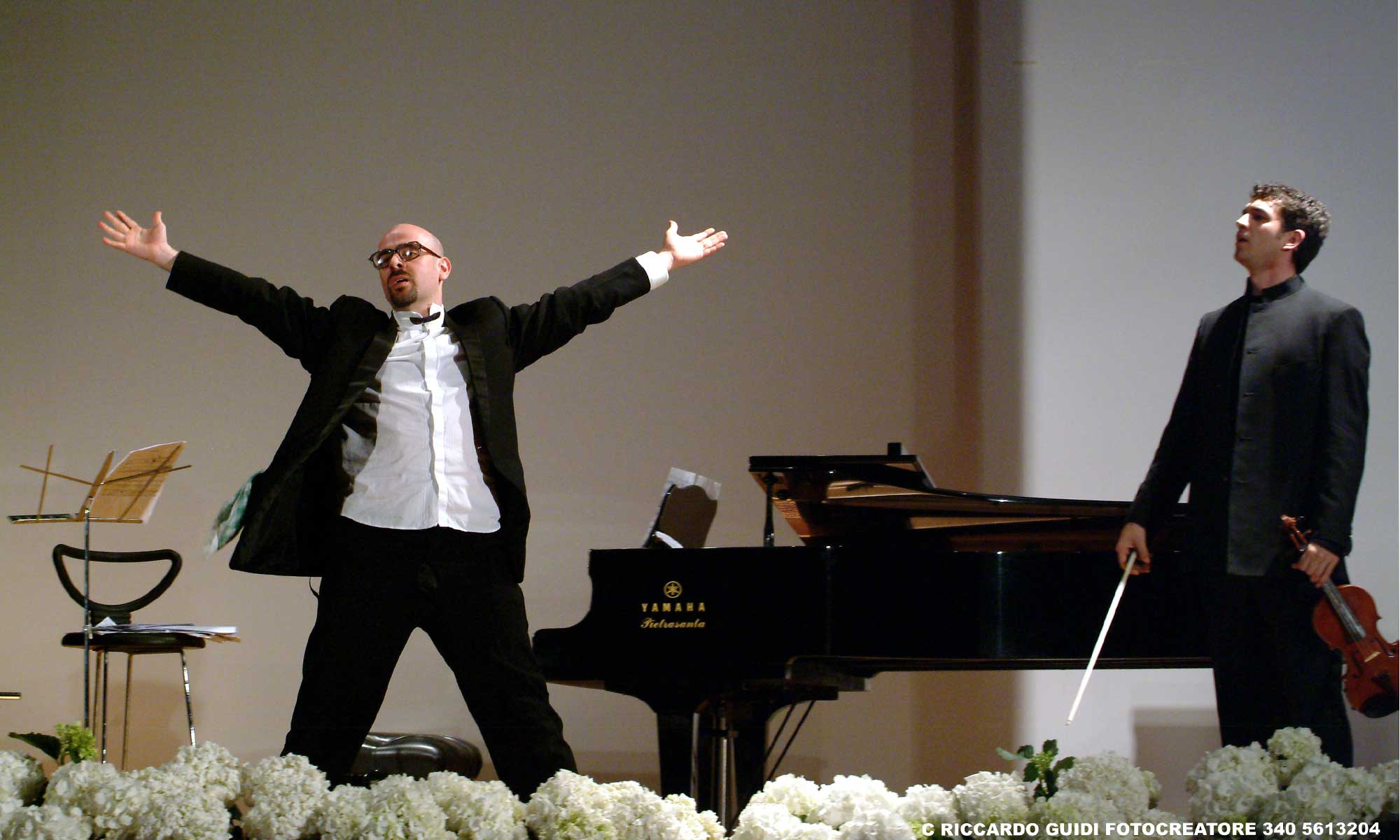 “Duo Baldo was billed as a critically acclaimed musical comedy team that promised to deliver a program combined with virtuosic performance and theatrical humor and pop culture. That is a lot to swallow, and I wasn’t sure what to expect from the pianist and violinist, but deliver they did!… I truthfully can’t remember laughing so much unless it was at a former concert when Victor Borge did a Community Concert here more years ago than I can count.”
by Kay Anthony Rice, The Ponca City News

“Huge success in Salzburg for the Duo Baldo, that is violinist Brad Repp and pianist Aldo Gentileschi. Their unique performance, characterized by a laid-back, amenable approach to classical music (…) The audience greeted it with enthusiasm, judging it ‘fantastic!’”
by Annamaria Pellegrini, Corriere del Teatro

“The Duo Baldo performed a lavish series of exhilarating gags that literally conquered the audience. Unforgettable is the pianist that “gets stuck” like a broken record while playing Mozart (…), the pranks they play on each other, and the incredible assolo of the pianist dealing with an uncooperative music stand.”
by Gianmarco Caselli, Liricamente

“And so this was the beginning of an exhilarating concert rich with gags and amusing scenes, beginning with the presentation of the musical excerpts, which, though providing true information and references to the history of music, were enriched with quips (…).
In such an entertaining theatrical atmosphere, their musical performances were absolutely excellent, with an extremely high artistic value and and first class technical skills. (…) Aldo Gentileschi displayed an exceptionally strong technique. On the one hand, this allowed him to perform his repertoire with a splendid, limpid touch, with the proper pedal use, expressive in the cantabiles; on the other hand it also enabled him to be in constant and complete rhythmic-melodic synchrony and expressive symbiosis with Brad Repp, who also exhibited all his talent as a violinist, performing with stylistic coherence and a very refined timbric exploration a repertoire ranging from Brahms to Cage, passing through Ravel, Vivaldi and Gershwin among others.”
by Luisa Esposito, Corso Italia News

“Brad Repp imported from his motherland the laid-back taste for innovation and modernity, and used his violin with relaxed, easy-going pioneering spirit. He was able to do so because his mastery of the instrument stems from rigorous studies: only someone with an outstanding technique can perform such bow strokes. An equally unique character is Repp’s artistic partner, pianist Aldo Gentileschi, a daredevil of the keyboard, deep connoisseur of musical scores, technique and rhythm, able to change and switch personality as few others, according to the sketch they are performing.”
by Angela Simini, Costa Ovest

“(…) The result was irresistible, with a solid hour and a half of enthusiastic, rousing and delightful performance (…). It was a triumph, with numerous encores capping an extremely exhilarating evening.”
by Alberto Godas, Club Radio

“Says theater director Emanuele Ferrari: ‘They will be back, they are outstanding and deserve their success!’ (…) Their concert was a masterful example of talent and entertainment, exhilarating and excellent pianist and violinist.”
Redacon

“The audience was completely in their power, gave signs of amused approval only to regain its composure right after and enjoy a heart rending phrase in utmost silence. What turns out to be unique in this kind of music show forged by the two artists is the result on an interpretative level: each sound is described by a theatrical gesture, at times ironic, at times emotionally moving, often loaded with irresistible comic timing, always clear and direct.”
by Claudio Valenti, viola professor at the Conservatory “Luigi Boccherini” of Lucca